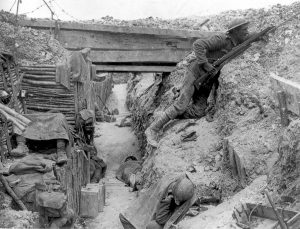 The centennial of the end of World War I offers an opportunity to think anew about the war’s centrality in American and world history, society, and culture. World War I in History and Literature is a three-week summer seminar for sixteen teachers that examines the meaning and relevance of World War I today and prepares teachers to teach the war from an interdisciplinary perspective.

This seminar combines historical sources and literary texts to explore the impact of World War I in an interdisciplinary way. We will examine the impact of the war on a wide range of individuals in the United States and around the world. Primary sources, secondary sources, and works of literature will offer windows into the experiences of soldiers and civilians in a time of total war. 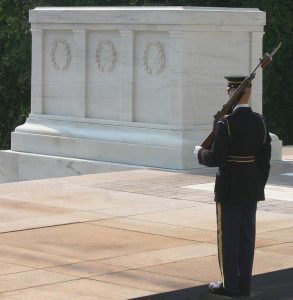 World War I mobilized all layers of society and touched lives far beyond the front lines. As governments redirected economies to support the war effort and used propaganda to build support among the masses, the lines between civilians and soldiers were blurred or erased. As total war unfolded, major population centers were targeted in bombings, women replaced men on factory floors, and the expansion of armies required the enlistment of new constituencies both at home and from the far outposts of empire.

The seminar is made up of four thematic units, each of which examines a different aspect of total war through the lenses of both history and literature.

Each unit will begin with a set of historical primary and secondary source readings to establish a historical framework for further discussion. We’ll then turn to works of literature (novels, short stories, and poems) that further illustrate the various consequences of total war. On the final day of each unit, we’ll gather for a brown-bag luncheon with the project’s pedagogy consultant to discuss curricular uses of seminar materials. In this informal setting, participants will discuss and explore interdisciplinary ways to use each unit’s assigned materials in their classroom teaching. To allow participants sufficient time for close readings of the assigned texts and careful consideration of the seminar’s themes, the co-directors will dedicate three to four days to each unit. 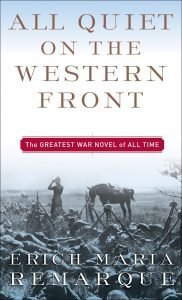 Participants will receive the syllabus and reading list three months prior to the start of the seminar. Please plan to read our first novel, All Quiet on the Western Front, before arriving at Hood.

Our reading list will introduce important canonical and non-canonical texts and includes a range of shorter historical and literary works — ranging from 1 to 5 pages in length — chosen to allow teachers to integrate the seminar’s themes into their own classrooms in a format appropriate for secondary school students.